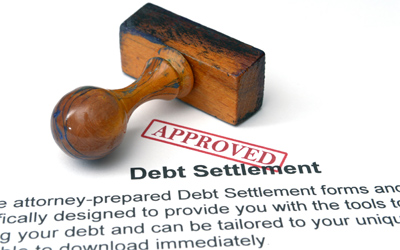 Choosing the best debt relief option for you can be a difficult task, and if it sounds too good to be true, it likely is. Debt settlement is one of the options available to consumers, but it's important that you know exactly what it is and how it will affect your credit before signing up.

To Settle, or Not to Settle - That Is the Question

A debt settlement is an agreement made between a creditor and debtor in which the creditor accepts less than the full balance as payment in full. Generally, most types of unsecured debt, such as credit card debt, store charges, medical bills, service contracts, lease defaults, billing disputes, repossession deficiencies, signature loans, charge-offs, past due utility bills, liens, judgments, attorney fees, and debt stemming from lawsuits, can be settled. In many cases, these accounts must be severely delinquent or must have been written off as uncollectible debts in order for a settlement to be reached. For example, if John Smith owes XYZ Bank $4,000 on a credit card, Mr. Smith negotiates with the bank or collection agency to settle for a payment of $2,000 to resolve the account. The account would be considered paid; however, because the amount settled for was less than the full amount owed, a negative entry can be added to Mr. Smith's credit report.

Although a debt settlement sounds like a great deal, there are several factors you should keep in mind before agreeing to one. First, as mentioned above, a debt settlement will more than likely result in a negative entry on your credit report, unless you are able to negotiate with the creditor or collector to report it differently to the credit bureaus. In some instances, you can persuade the creditor or collector to report to the bureaus that the account is "paid in full" without mentioning the settlement. Be sure to have any agreement put in writing. The reason debt settlement is considered a negative mark is because it is an indication that the consumer did not pay their financial obligations in full. Remember that the major factor in being approved for credit is your ability to repay the full amount, plus interest. If there is a history of nonpayment on the credit report, the chances of being approved are severely reduced. Even if you are approved for financing after settling, you will be paying very high interest rates. This could mean you will end up paying thousands of extra dollars on any sizeable loan you take out. If a consumer with good credit takes out a five-year loan on a $10,000 car at a 5% interest rate, the total interest paid on the loan will be $1323. If a consumer with a history of settlements applies for the same car loan, the interest rate will be much higher. In this example we will use 13%. A $10,000 car loan at 13% over five years will cost the consumer $3,652 in interest. This is almost three times more than the consumer with a strong credit rating. So even though a settlement can seem like an inexpensive way out of debt, you may be paying the costs of that decision for years to come.

Second, debt settlements may result in a tax liability. If a consumer uses credit, he or she is receiving money from a financial institution. If that money is not paid back, the remaining balance may be counted as personal income. In fact, if a settlement results in a savings of $600 or more, not including accrued interest and fees, the creditor must send both the IRS and the debtor a Form 1099. Returning to the John Smith example above, let us assume that of the $4,000 he owes, $1,000 is interest and fees. In order to figure out if there will be taxes owed on the settlement, subtract the $1,000 from the $4,000 balance. This is the amount that Mr. Smith originally borrowed, in his case, $3,000. If Mr. Smith agrees to a $2,000 settlement, there will be $1,000 in principal left unpaid. Since $1,000 is greater than $600, Mr. Smith will receive a Form 1099 that shows $1,000 in income. When Mr. Smith files his taxes, he will have to add $1,000 to his ordinary income and calculate the taxes on the higher amount. It would look something like this:

A debt settlement should be looked at as an option to be used only in extreme hardships. They are useful in a situation where a consumer does not have the ability to make monthly payments, but has enough cash on hand to settle. This kind of situation comes up frequently in divorces; most married couples have joint credit. Both of their names are on the debts and both are responsible for payment. In many cases, one of the spouses will file for bankruptcy, leaving the other person solely responsible for all the debts. Since most married couples' finances are based on both of their incomes, the party left with all the debt is in a tough situation - they are expected to make all the payments with half the income. Obviously, this is often impossible. Instead of struggling with very high payments, sometimes it is beneficial to settle the debts. Although settlements are harmful to credit ratings, they do allow the consumer to satisfy the debt at a discount and eliminate the need for further payments. In this type of situation, the consumer can get a fresh start without filing for bankruptcy.

Recently, a new kind of financial services firm has been showing up all over the nation: the Debt Settlement Service. These companies negotiate with creditors on their clients' behalf to settle their debts. Unfortunately, many of these companies do much more harm than good. Many of them work as follows:

If you decide to look into one of these companies, do not do so unless you are close to filing for bankruptcy. Your first step should be to speak to a Debt Management firm. Debt Management companies have arrangements with creditors that help consumers pay off their debts in full at lower interest rates. Since these plans do help consumers pay their debts in full, they are much more beneficial to credit scores than any settlement program.