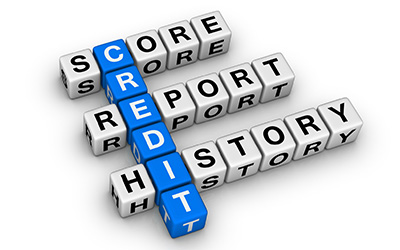 Good credit is more important now than ever. Your credit can affect insurance premiums, prospective employment, and the interest rates you will receive from a lender. By understanding how credit works, and your rights as a consumer, you can be better prepared to achieve your financial goals.

The Fair and Accurate Credit Transactions Act (FACTA) of 2003 significantly updates the Fair Credit Reporting Act (FCRA), which was originally passed in 1970 and required that the credit reporting agencies furnish correct and complete information to businesses for use in evaluating applications for credit. Amendments to the FCRA passed in 1996 expanded consumer rights to expect accurate reports, however many of these amendments were set to expire in January 2004. The passage of FACTA will provide consumers, companies and consumer reporting agencies with important new tools that increase access to credit and other financial services for all Americans, enhance the accuracy of consumers' financial information, and help fight identity theft.

It has always been recommended that consumers review their reports once a year for accuracy. Studies have shown that errors occur in one out of every four credit reports. These errors often result in higher interest rates being charged to consumers. The higher the interest rate, the more money the consumer will have to pay back over the life of the loan, resulting in a diminished ability to build savings. Another reason a yearly review is important is identity theft. This crime occurs when someone steals another individual's identity to obtain credit, secure loans and mortgages, establish utility accounts, and so on. If a consumer is a victim of this type of fraud, it could appear that they have opened accounts and never paid for them, seriously damaging their credit history. Identity thefts have become increasingly common over the past several years and have cost both the lending community and consumers nationwide billions of dollars. By reviewing their reports, consumers can detect inaccurate information and identity theft, thereby ensuring that anyone who is legally entitled to review their reports sees an accurate depiction of their credit history.

An important aspect of the amended FCRA allows consumers to dispute inaccurate information on their report. Previously, disputes about the accuracy of information in a consumer report could only be filed with the credit reporting agency. Under new FACTA provisions, in certain circumstances, a consumer may dispute inaccurate information directly with a creditor. Upon notice of disputed information, the creditor must investigate the account and cannot report negative information while the investigation is pending. Consumers will still be able to dispute information directly with the credit reporting agency. Should the dispute come from a credit report that was provided free to the consumer by the agency, they would have 45 days to conduct an investigation of the item(s) in question. Disputes arising from other forms of credit reports would still need to be completed within 30 days as originally outlined in the FCRA.

Also, whenever credit is extended to a consumer on terms "materially less favorable than the most favorable terms available to a substantial proportion of consumers" (for example, whenever you're quoted a very high interest rate), the creditor must provide notice that the terms offered are based on information obtained from that consumer's credit report. In turn, the consumer can request a free copy of the report to review the items that led to the higher interest rate.

As has been the case over the past few years, consumers must still pay for their credit scores when they receive them from a credit reporting agency. However, mortgage lenders must provide a free credit score, as well as the information on key factors that lowered the consumer's score, to anyone who applies for a mortgage.

A consumer now has the right to request that a fraud alert be placed on their credit report for 90 days if they suspect they are a victim of identity theft. An extended fraud alert may be placed for a period of seven years, if the consumer provides an identity theft report? which could include a Federal Trade Commission ID theft affidavit if one were filed with a law enforcement agency. If the consumer goes as far as filing a report with the authorities, they can also request copies of relevant records from any creditor listing a fraudulent charge. The creditor may take up to 30 days to provide the information.

Users of reports and scores are now required by law to honor fraud alerts. They cannot issue a new credit line, an extension of credit or credit card, nor can they respond to a request for an increased credit limit on an existing account, unless the consumer has been called or other reasonable verification steps been taken. Also, if a consumer who claims to be a victim of identity theft contacts a national credit agency, the company must inform other agencies that a fraud alert has been put in place. All consumers who place an alert are eligible to receive a free credit report. Persons who place an extended fraud alert may receive two free reports in the first year.