Get your FREE debt analysis! 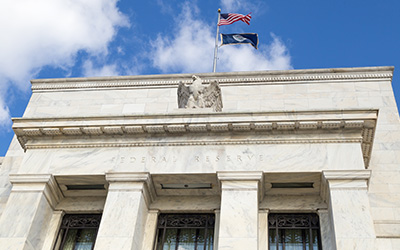 The Federal Reserve is the central bank of the United States. It was formed by Congress in 1913 to help make the national economy and financial system safer and more stable. But just what does The Fed do? Let's find out.

What exactly does the Federal Reserve Bank do?

"The Fed" influences the money supply and credit conditions in order to accomplish several goals: to promote steady prices and full employment, to promote stability in the financial system, and to facilitate sustainable economic growth. Other duties include regulation of the banking industry and making sure consumers have access to the information they need in order to participate in the financial system.

Although the Fed is the central bank of the United States, it is not really a true government institution. The Fed is not funded by tax dollars, and its decisions do not have to be approved by the President or either house of Congress. The governing body within the Fed is the Board of Governors. This is a seven-member committee whose members are chosen by the President and confirmed by the Senate. To ensure fair representation, there may not be more than one governor from each of the twelve Federal Reserve Districts across the nation. Members of the Federal Reserve Board of Governors have terms that last fourteen years. The Federal Reserve is subject to Congressional Oversight and any changes in the law that Congress passes.

Interest: The price of money

One way the Fed accomplishes its goals is through the use of monetary policy. In simple terms,monetary policy is the manner by which the Fed controls the supply of money in the economy. The manipulations of the money supply affect interest rates, which in turn influence the economy and the financial system. For example, throughout the year 2001, the Fed increased the money supply dramatically. This increase in the money supply lowered the interest rates of 30-year Treasury bonds. Mortgage rates are influenced by the rate of the 30-year Treasury. So, as the Treasury rates fell, so did interest rates on mortgages. The result has been a boom in the housing market and the refinancing of many existing mortgages to take advantage of the lower rates.

Sometimes it is difficult to understand how the supply of something can be such an important part of its price. In general, a good that is plentiful, such as loaves of bread, will be inexpensive. Goods that are scarce, like diamonds, are expensive.

The same principle applies to the cost of most goods, including money. If money is plentiful, it becomes inexpensive as interest rates fall. If it is scarce, it is more expensive when interest rates increase. By changing the supply of money in circulation, the Fed changes the price of money.

The Federal Open Market Committee (FOMC) is in charge of controlling the money supply. This committee is made up of the seven members of the Board of Governors and five Reserve Bank Presidents from around the nation. The President of the Federal Reserve Bank of New York is always a member of the FOMC. The Fed changes the price of money through the use of monetary policy. In simple terms, monetary policy is the manner by which the Fed controls the supply of money to the economy.

The FOMC controls the money supply in the following three ways:

The FOMC bases their interest rate decisions on many different economic and financial statistics. They consider factors such as inflation, consumer confidence, GDP growth and the general health of the overall economy. There are many reasons, some quite complex, that would cause the Fed to change the money supply. The following are a couple of simple but common examples:

How the FED affects you

By controlling the money supply, the Federal Reserve System can have a significant impact on our financial well-being. Having an understanding of what the Fed does and how it can affect us is important for everybody. Click here for more information on the Federal Reserve.